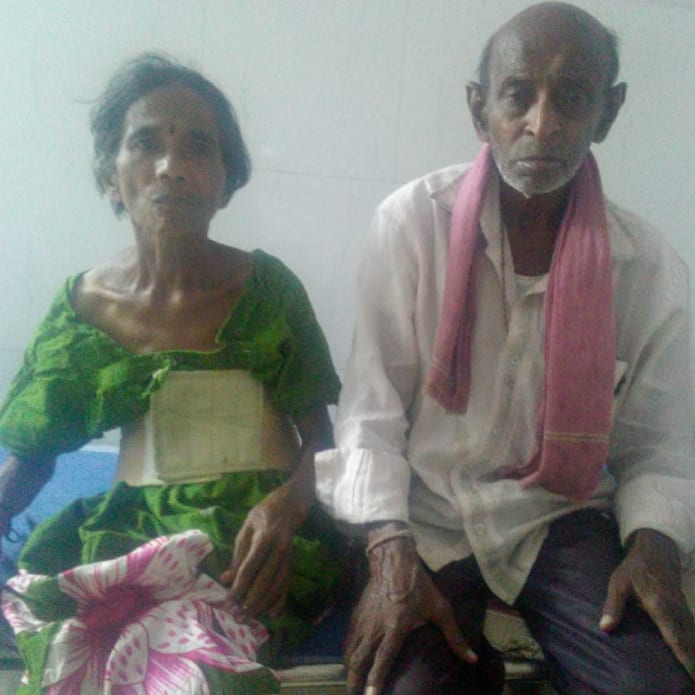 In their 70s now (well almost in the case of Mrs. Borlepawar), they managed a small kirana shop which was their only means of earning a livelihood. Like many elderly childless couples, the Borlepawars too depended on help from friends and relatives. And their relatives duped them out of their property and threw them onto the streets.

Left with no alternative, the Borlepawars resorted to begging on trains to feed themselves. When Sushil Bandewar of Arya Vaish found them at Aurangabad Railway Station, Mrs. Borlepawar was severely malnourished, weighing only 25 kgs. Sushil and his group immediately swung into action and admitted the Borlepawars to the Sneh Savli Care Centre. The doctors there not only treated them but also waived off half of the centre’s charges.

Their treatment, currently underway, is expected to take four to five months, coming to Rs. 48000 in all. We need to raise funds to not only pay for their continued treatment but also to settle the Borlepawars in an old age home where they can live with dignity once again.

Thanks to our well-wishers, the Borlepawars are now looking forward to a life of continued health and dignity.